Call of War is a multiplayer game that you play together with other players. While competing is fun, sometimes you also want to make friends and allies along the way to help your prospect of victory. Start writing messages to other players to initiate beneficial relations with them or to offer them a trade.

The last diplomatic message written to or received from another player can be intercepted by foreign intelligence spies. This is a feature of the game that adds a layer of intelligence warfare. Keep this in mind when disclosing vital information to other players. If you want to make absolutely sure that certain intel does not end up with the enemy, you can use the ingame chat to whisper another player directly.

Don’t let this scare you from contacting other players via the diplomacy menu, as this is still vital and easy to do, as explained below. 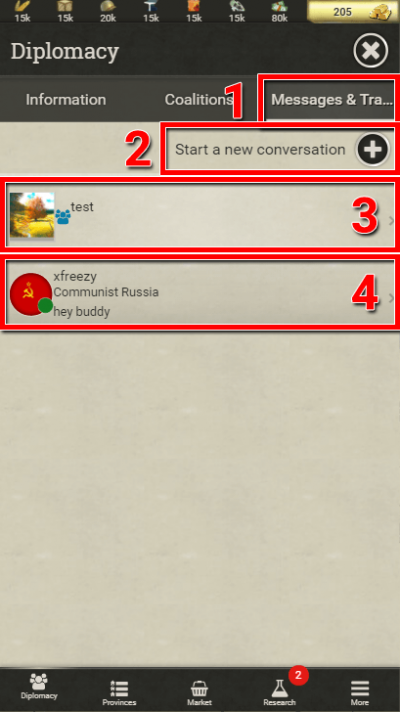 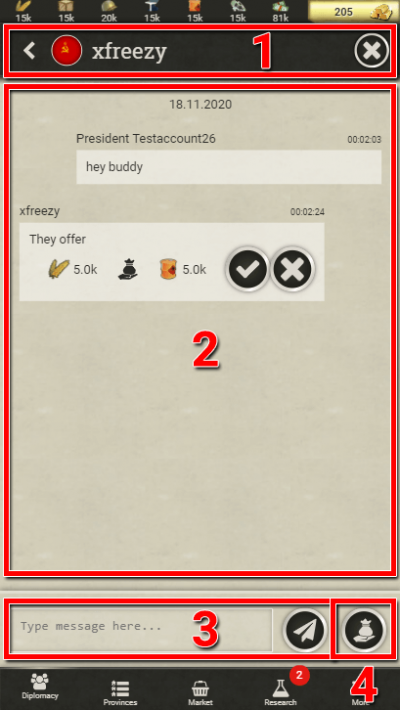