The main goal of Call of War is to gather Victory Points by conquering other nation’s provinces. Once the Victory Points threshold has been reached and the next game day starts, the game round will end. The player or coalition with the most Victory Points wins.

The amount of Victory Points needed to win the game can differ for each scenario. The threshold also differs for coalitions and solo players (meaning players who are not in a coalition). The information on how many Victory Points are needed in your current game round, as well as other useful information, can be found in the Newspaper: 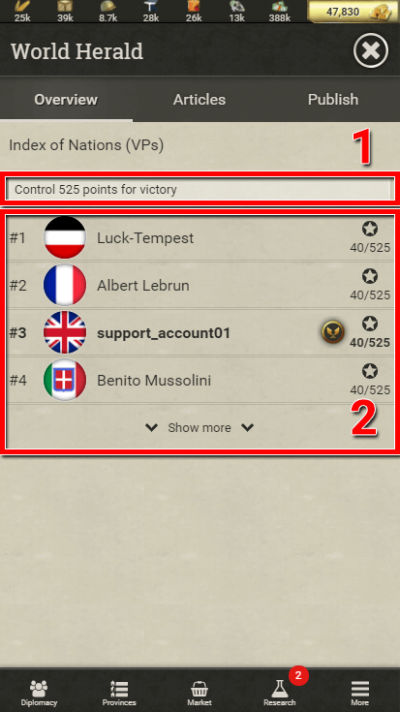 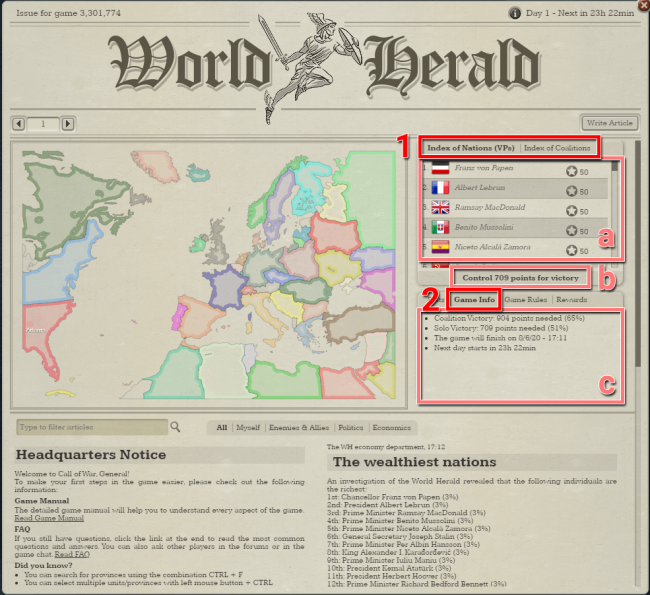 Game rounds can also end via timeout when they reach the end of their run time before a player or coalition has won. 7 days before the game round is about to end a timer appears, notifying players about the imminent game end.

All game rounds have a fixed maximum run time that depends on the map size:

When the game ends via timeout the ranking at that moment in time is taken to determine the final placings, with the leading player or coalition being declared the winner (whichever has more points).

It is only natural that over the course of the game some players may drop out and become inactive. Those players will then be controlled by AI (computer players) which still pose a challenge. However some players may prefer to only play real humans and end inactive game rounds prematurely.

If for some reason most other active players dropped out and only 3 active players remain, they can mutually agree to retire the game round. If such a situation arises an article and a retire button automatically appear in the Newspaper. All 3 remaining players must press the retire button to confirm that they wish to end the game round prematurely.

Once all 3 players have confirmed, the ranking at that moment in time is taken to determine the final placings, with the leading player or coalition being declared the winner (whichever has more points). 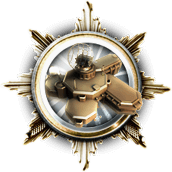 If a player succeeds in conquering the necessary amount of Control Points, a timer appears for all players notifying them about the imminent end of the game. Players still have the chance to cancel the timer by capturing Control Points from the leading player.

Dominion games are marked accordingly in the games list.

The amount of gold that players receive depends on their placing at the end of the game. On most maps not only winners receive gold, but all players who remained active in the game round until the end. The list of rewards for your current game round can be found in the Rewards tab Newspaper (currently only on Desktop). 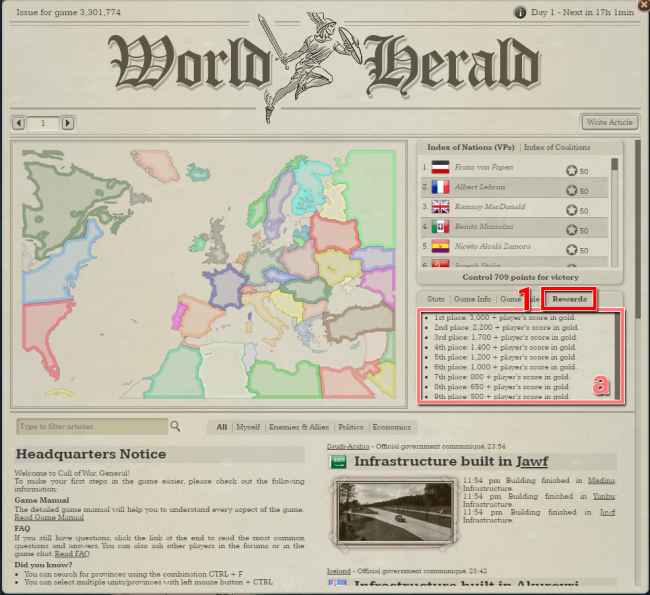