Each nation is made up of provinces. Provinces produce various resources and can be used to construct new buildings or to produce new units.

Provinces can be separated into 2 main types: Urban and rural provinces. 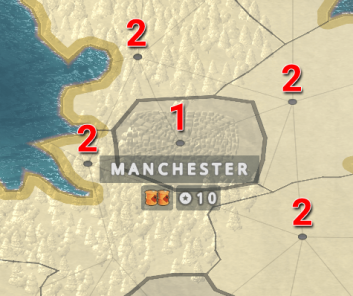 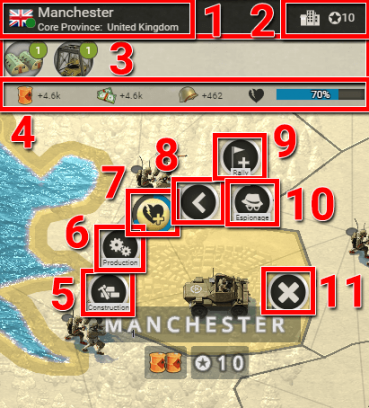 The starting provinces of a country usually consist of only core provinces. When you conquer other nations, their core provinces will be converted to non-core provinces under your control. They appear with a striped texture on the map.

Capital provinces are the most important provinces in the game. They are the heart of a country. Capitals can be spotted by the big country flag displayed next to the city name. 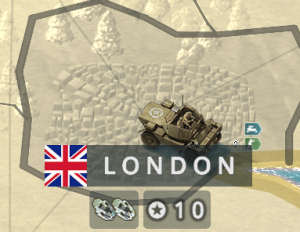 The distance of provinces to the capital influences their capital distance morale modifier. The further away provinces are from the capital, the higher their morale penalty becomes, although it has an upper limit at a certain distance.

Capitals can be moved to another location by constructing the Capitol building in a new province. Capitals can only be located in urban provinces and there can always only be one capital per nation.