Espionage is a game feature that allows you to gather helpful information about your enemies. There is a wide range of possible actions that your agents or spies can perform.

Agents perform instant actions in foreign provinces with a 100% success rate, granting you immediate access to the results of their actions. Using them costs varying amounts of gold depending on the type of action, with the costs being displayed in the game.

Spies can be assigned to your own or foreign provinces in order to fulfill various missions. In contrast to instant actions, spy missions have a 50% chance of failure and are always completed on the next daychange. Deploying more than 1 spy in the same province increases the rate of success. There is also an inherent chance for spies getting caught either before or after they have executed their mission. Caught spies either vanish or join the enemy.

Recruiting spies costs money and having active spies in service also costs money as upkeep, being deducted each daychange. Spies leave if their upkeep can’t be paid. The costs and upkeep are displayed in the game and vary for each type of spy.

Espionage is a game feature that allows you to gather helpful information about your enemies. When opening the espionage menu for the first time it can be quite overwhelming. The guide below shows you how to use the interface effectively. 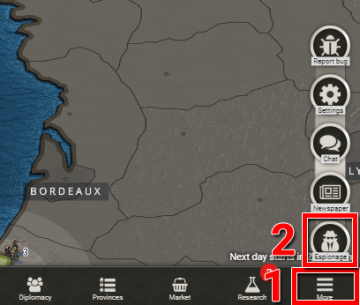 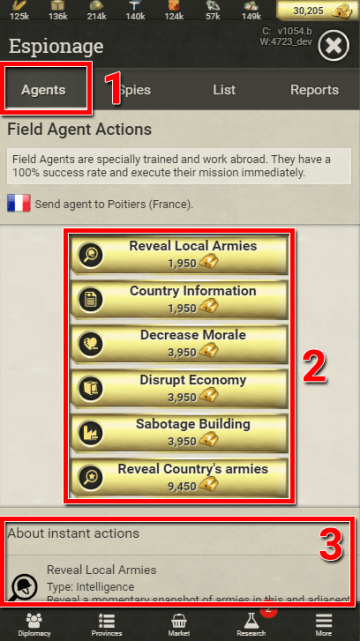 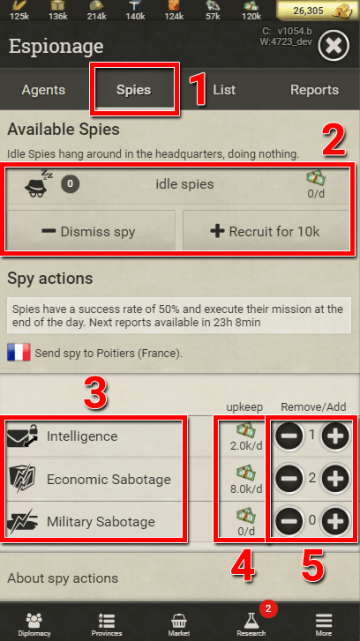 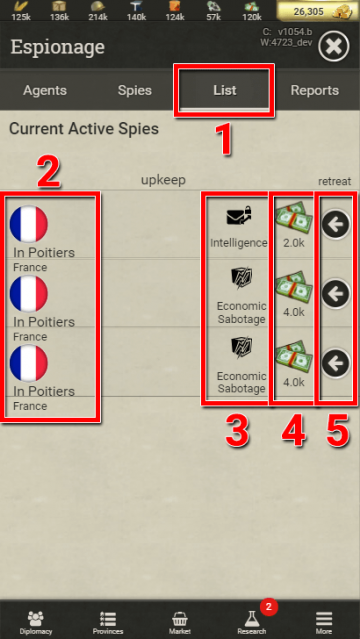 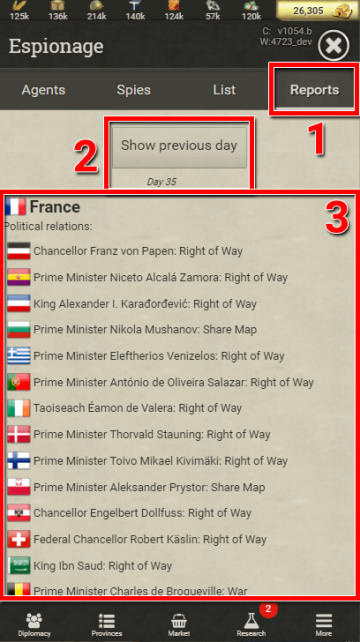 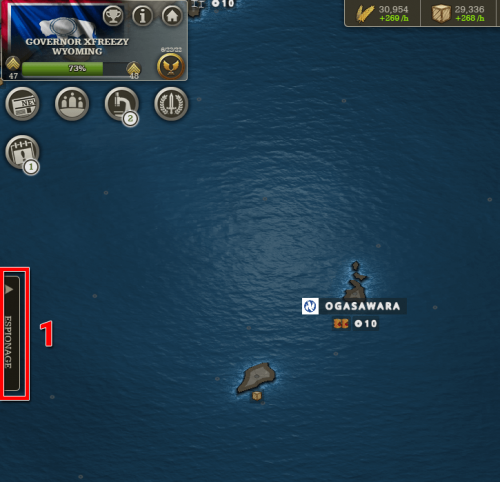 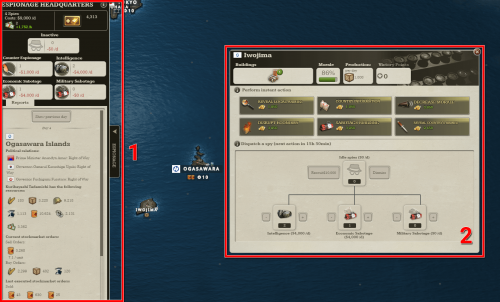 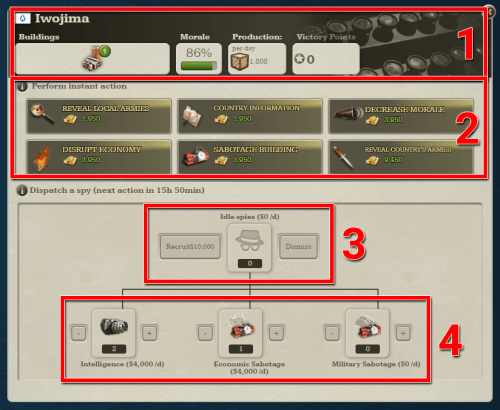 Let’s look at these two panels in detail: 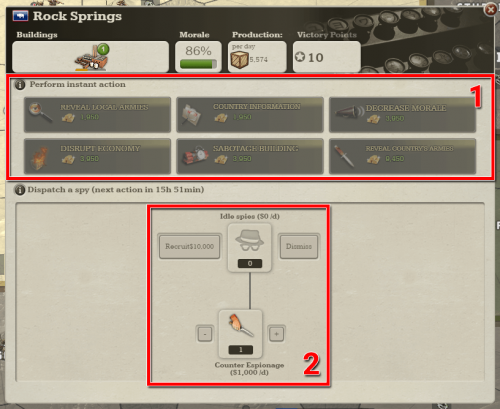 The Espionage Headquarters is opened on the left side of the screen, giving you an overview on spies in your service as well as espionage reports:

Patroling aircrafts also create espionage snapshots with their patrol tick, which happens every 15 minutes. This mechanic is similar to the espionage snapshots created by spies. The difference is that the snapshot from patroling is only created for armies within the patrol circle of the aircraft. Armies uncovered with an espionage snapshot remain visible until the next daychange. Keep in mind that espionage snapshots only show the situation from that point in time. Army position, composition or status may be outdated at a later point.